One of the oldest houses on Ocracoke Island is tucked away at the end of an unpaved lane. You would have to be intentionally looking for the house in order to locate it…or be extremely lucky to stumble across it. 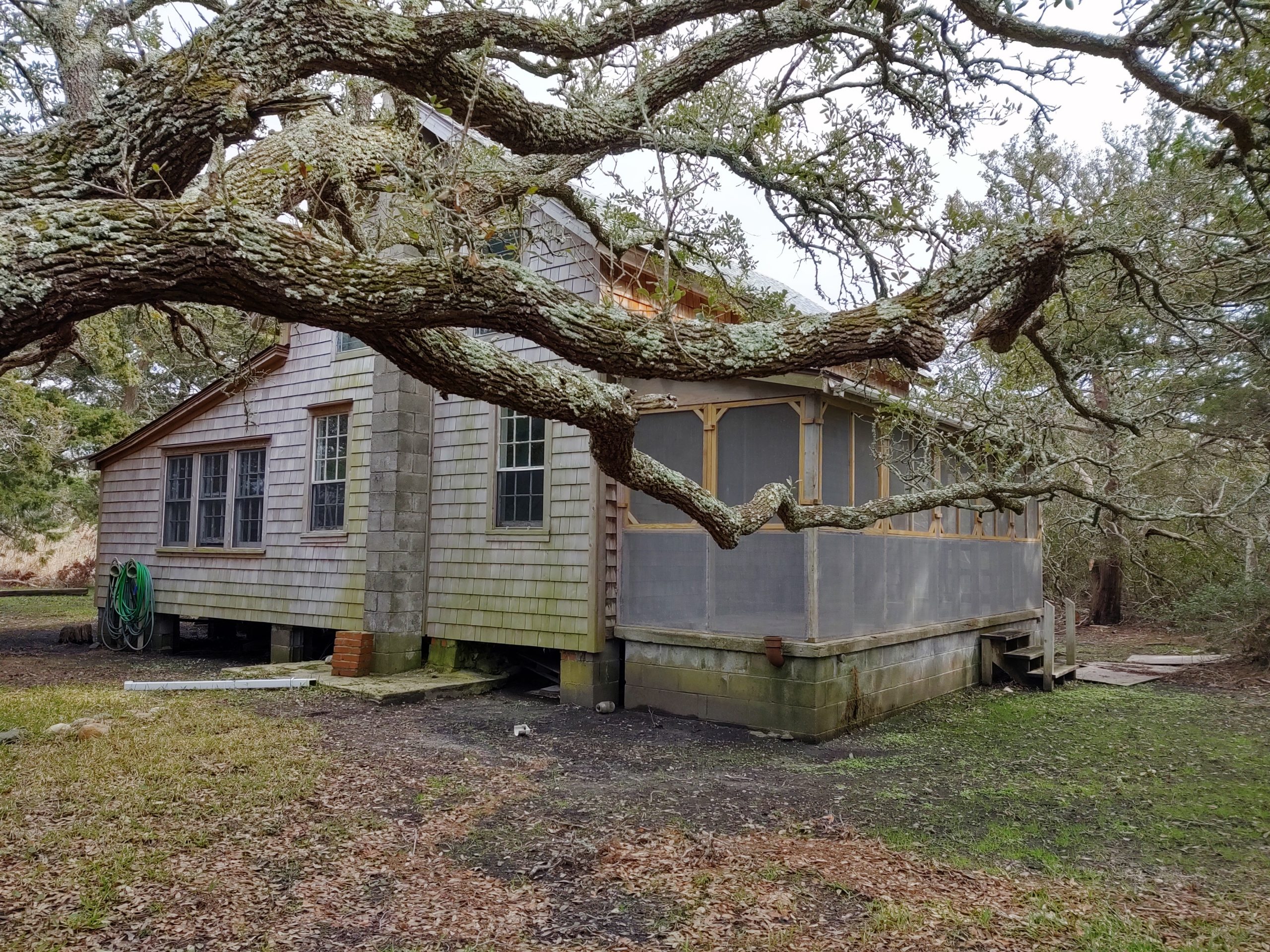 Today it is called the Rondthaler House (or by members of the family, simply the “Homeplace”).

Theodore (1899-1966) and Alice (1899-1977) Rondthaler were so taken with Ocracoke on their first visit to the island in the summer of 1935 that they purchased the house on a whim. Remarkably, it was not until two years later that the Rondthalers saw the inside of their new house. For the next decade they spent as much of their summers as possible on Ocracoke. In 1948 the Rondthalers left their jobs at Black Mountain College and moved to Ocracoke permanently. Theodore was hired as principal of the local school, and Alice as one of his four teachers.

The immediate previous owners of the house were the McIlhenys, a mainland North Carolina family that enjoyed spending summers on the island. The McIlhenys were part of an extended family of Kuglers, Bells, Nunnellees, and Mallisons who had discovered Ocracoke in the mid-1800s. The McIlhenys had purchased the house from native islanders, Daniel Sylvester Tolson (1867-1944) and Sabra Howard Tolson (1870-1944), who had moved to Delanco, New Jersey, where their son, William Ira Tolson, was living.

The house, which is referred to as the Tolson-Rondthaler House in the 1990 National Register of Historic Places, is a typical “story and a jump” style which was common on Ocracoke from the antebellum period through the turn of the 20th century.

The Register notes that this house is “[b]elieved to be one of the oldest surviving Ocracoke houses.” Although the house is listed as being built about 1860 for Daniel Tolson, further research suggests an earlier date. Even the National Register remarks that this house “has the only instance of nine-over-six sash windows found in the village.” The report goes on to state that “[s]ince this is an early sash type, this supports an antebellum date for this house.” Typically, island story and a jump houses from later periods have two-over-two sashes.

Although the exterior chimney, shed-roofed front porch, rear shed kitchen wing, and several of the windows are additions or replacements, the parlor mantel, front door, floors, much of the interior siding, and various interior details are believed to be original. Construction details include the use of repurposed ship’s knees, naturally curved pieces of wood used as bracing in sailing ships.

Daniel Sylvester Tolson was the son of William Sylvester Tolson (b. 1827), a local ship’s pilot. William’s first wife was Eliza B. Williams (1827-1866). Interview notes compiled by the author in the late 1990s include a comment made by Blanche Howard Jolliff (1919-2018), an Ocracoke native well known to possess a near-encyclopedic knowledge of island history: “Rondthaler house owned by Eliza Williams’ people.”

The following photographs, taken during rehabilitation after Hurricane Dorian (September 6, 2020), document some of the outstanding features of this house. 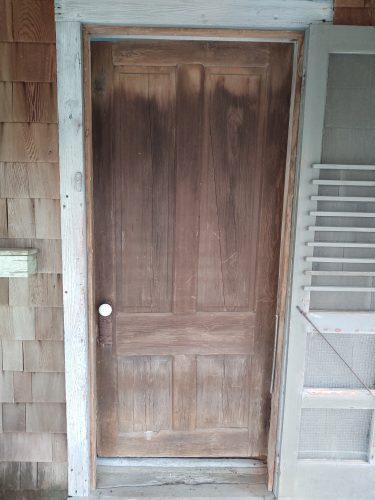 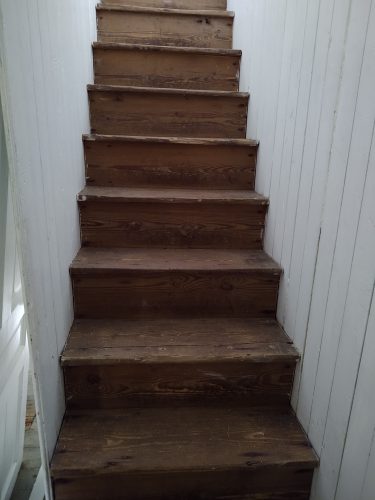 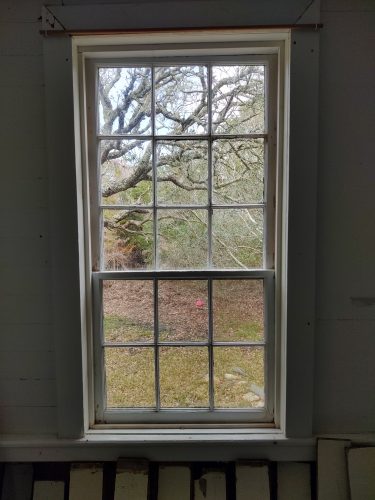 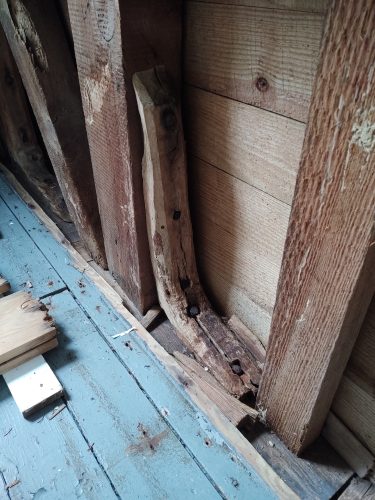 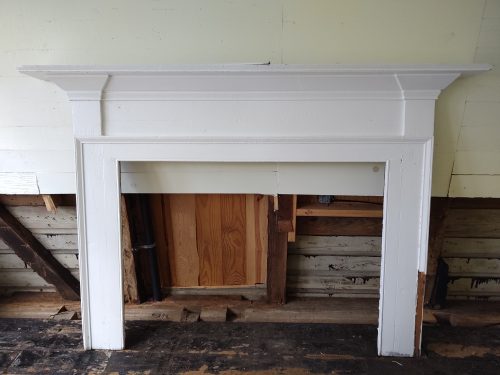