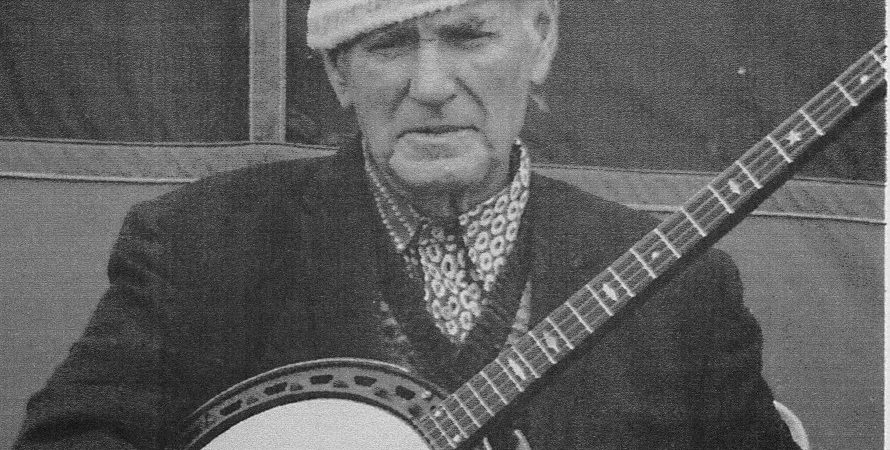 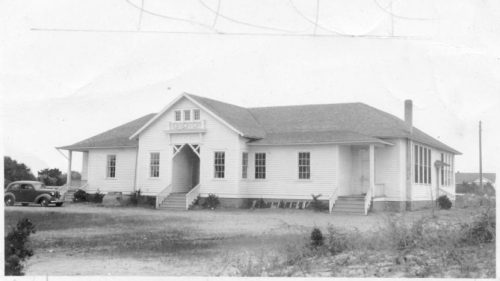 Last week one of Ocracoke’s native sons, George Guthrie Jackson, died after a long illness.  George was descended from one of the island’s very first residents, Francis Jackson.  I remember George mostly as the island barber when I was a youngster.  His tiny barber shop was located “down point” past the lighthouse.

George Guthrie was also an enthusiastic storyteller.  He clearly enjoyed telling his stories as much as his listeners enjoyed hearing them. Many times he would stop me and my father (at the Post Office, in the Community Store parking lot, or just along the road) and recount one of his favorite stories.  I call it “George & Jule” and present it here for your amusement.

The year was 1942. World War II had reached our shores. The country was gripped with patriotic fervor and a spirit of national responsibility. Ocracoke Island was no exception. Two local boys, Jule Garrish and George Guthrie Jackson, were among those called up for military service.

By the summer of 1941 several singers, including Bill Boyd & His Cowboy Ramblers, Texas Jim Robertson, and Gene Autry, had performed and/or recorded a popular song that captured the prevailing mood. “I’ll Be Back in a Year, Little Darlin'” spoke for many a young man who faced the prospect of extended time away from loved ones.

Jule and George often played guitar for the local square dances that were held regularly on Saturday nights at Stanley Wahab’s dance hall, “The Spanish Casino.” They had played their last gig. In the morning Jule was to board the mail boat on his way to serve in the Navy; George was bound for service in the Army . It was almost midnight when they left the dance hall.

Through the deep, soft sand they trudged, carrying their instruments. Once on the road towards the old Howard cemetery, and not too far from their homes, Jule and George stopped. Jule had written new introductory verses (and slightly adapted the words) to “I’ll Be Back in a Year, Little Darlin’.” The boys decided this would be as good a place as any to try them out. Standing in the middle of the lane, with guitars in hand, they struck up the tune and sang out loud and clear:

“There were two little boys used to go to school,

One was named George, and the other was named Jule.

Jule said to George, ‘Get up and put your brogans on,

And then let’s sing this farewell song;

And this is the way it goes:’

We’ll be back in a year little darlin’,

Uncle Sam has called us both and we must go,

We’ll be back, don’t you fear, little darlin’

You’ll be proud of your soldier boys we know.

We’ll do our best each day for the good old U.S.A.

We’ll be back in a year little darlin’,

According to George, Jule would “bear down on it” and stomp his foot in time to the music.

Nancy Williams, who was accustomed to retiring early in the evening, lived not a stone’s throw from where Jule and George stopped to sing and play. Just as the performance was ending she raised her window and, nightgown fluttering in the wind, called out for anyone to hear, “The only damn thing I hope is that it’ll be longer than a year.”