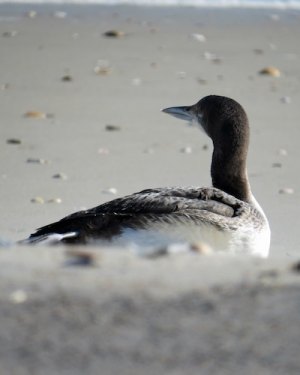 With apples in my backpack and my camera case slung over my shoulder I step down into the boat on this cold morning. The other passengers are much more equipped for the day than am I. They carry binoculars and telescopes, and wear rubber boots for tramping over the beaches and through the marshes. I pull my hood up and wrap my scarf around my face as we leave the dock and take off across the sound. It is a cold wind that blows as we travel the short distance. Our destination today is Portsmouth Island to participate in the Christmas bird count. Our leader, Peter Vankevich, is a born birder and the organizer of our group of birders. He spends days ahead of time sending out emails and getting everyone excited about the Christmas bird count. On this cold morning while he is handing out lists of birds and assignments, vegetarian chili simmers in the crock pot home in his cottage…(read more from the Ocracoke Current) 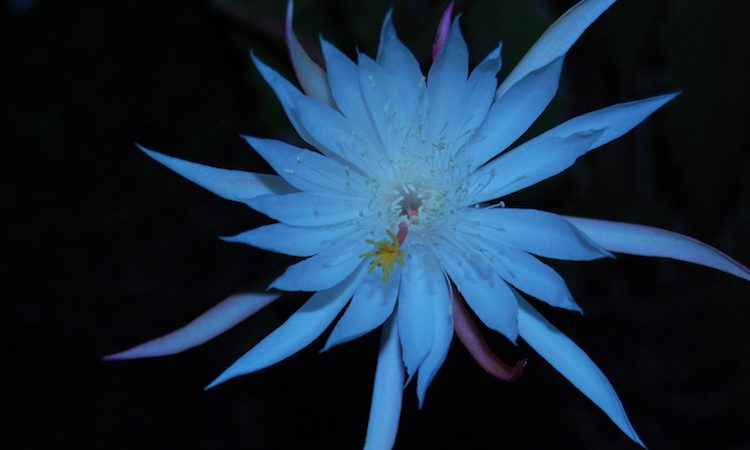 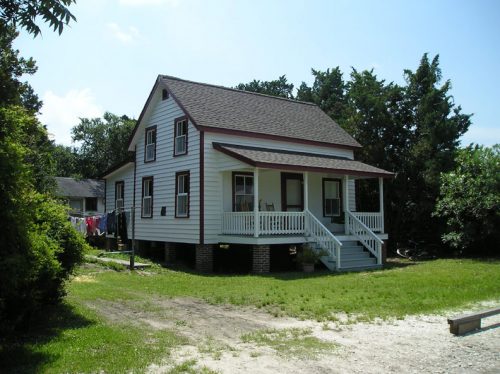 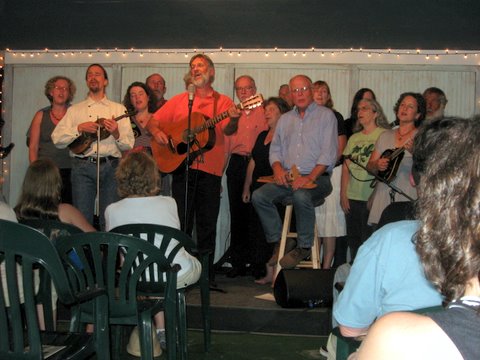 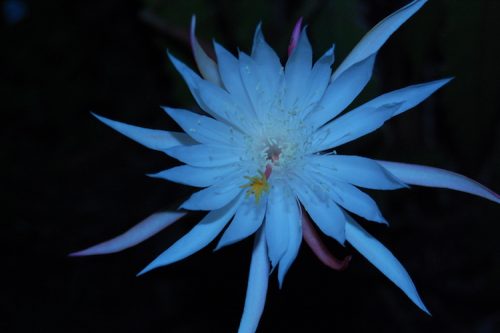 The mosquitoes are thick as I wait this early morning for Corinna to pick me up for my weekly turtle patrol with her. I must look like a runaway or a stranded tourist in this pre dawn hour as I am standing in the middle of the street carrying my paraphernalia…camera, flashlight, mug of coffee, and a bag holding sunglasses and sunscreen. With my hands full, I can only blow at the mosquitoes out of the corner of my mouth.

Every Tuesday Corinna picks me up in the National Park Service vehicle. I see the headlights in the distance. She stops and reaches over to open the door. I settle in and our day begins.

Corinna and I became friends immediately at the beginning of the summer. She is a seasonal employee and works in a new location every six months…Padre Island, the Florida Keys, South Carolina beaches and now Ocracoke. Corinna is young, unmarried and everything she owns fits into the back of her vehicle…like a snail, I think. She loves reading, and walked the Appalachian Trail last year, the whole trail! It took her six months. I am so impressed!

The planet Venus is still visible as pink strands of ribbon unroll over the sea. The quarter moon follows Venus and then, as if they are playing hide and seek, disappears into the morning sky. I lean out the window to take photos when Corinna stops the truck. There are loggerhead sea turtle tracks. We both jump out to find it is a false crawl. The turtle came up, looked around a bit, chose not to lay her eggs and then returned to the sea. I wonder about this ancient creature…what made her turn back after all that work of pulling herself out of the sea and onto the land. We take measurements, record the data and resume our beach patrol.

Within a half hour we find another crawl. Again we jump out and find that this loggerhead has nested high up on the beach. Corinna puts on her plastic gloves, as do I, and begins the slow dig. She is first to find the clutch of eggs and lets me reach down into the hole to feel the eggs as well. We begin our work of measuring, recording, putting up the signs, marking the location of the nest from the dunes, and then raking out the inside of the marked off area. We do not rake out her long crawl strokes so the beach walkers will be able to share in this beauty and ancient ritual. We clean up and continue up the beach. We are thrilled to have found one nest this morning when Corinna abruptly stops the truck.

Another crawl! This one is fresh as the low tide gives way to her faint markings in the sea. I am thinking that we may have just missed her. Could that have been possible?

She appeared to be in a hurry and did not crawl high upon the beach. We discuss the possibilities of high tides and storms. Corinna feels we should move her nest. She finds it on the first dig and painstakingly pulls each egg from the nest. There are 134 eggs and we carry them to the new location in a large yellow container. We recreate the nest and follow the same procedure. The sun is high by now and warm…diamonds sparkle in the sea.

Back in the truck Corinna puts on classical music. I am lulled into a time and space where nothing exists except sea and sand…no beginnings or endings.

We are up at the north beach when Corinna spots a stranded dead turtle. We have a look and she tells me we will have to perform a necropsy to determine death possibilities. I touch the smooth mahogany carapace of this young green turtle. We turn it over and the bottom plastron is as smooth as ivory. I mourn for this creature of the sea as Corinna performs this necropsy. I am the surgeon’s helper as I hand her tools and take identification photos. We come to no conclusion and bury her within the warm sand.

It is time to head home. The sun is hot now and we have covered the long stretch of Ocracoke Island.

I will not be here long enough to see any of these turtles hatch…neither will the female loggerhead who lays her eggs and then is carried on the rising tide back out to sea.