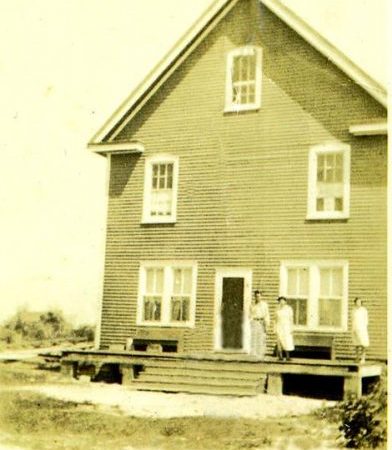 The story of Ocracoke’s Island Inn begins with the construction of a meeting house for Lodge No. 194, Independent Order of Odd Fellows, in 1901. And the story of the Odd Fellows Lodge is directly tied to the story of Michael Lawrence Piland (1861-1920), a Gates County, NC, native, the son of a farmer, who moved to Ocracoke Island when he was in his early twenties. Oral history indicates that he left Gates County after his fiancée abruptly canceled their wedding. After moving to Ocracoke, Piland was recruited by members of the Methodist Episcopal Church, South, as their choir master. He introduced new hymnbooks (with musical notes) which precipitated a division in the congregation. A new church, affiliated with the Methodist Episcopal Church (islanders referred to this as the “Northern Church”), was soon established. Piland continued to play an active role in the life of his church.