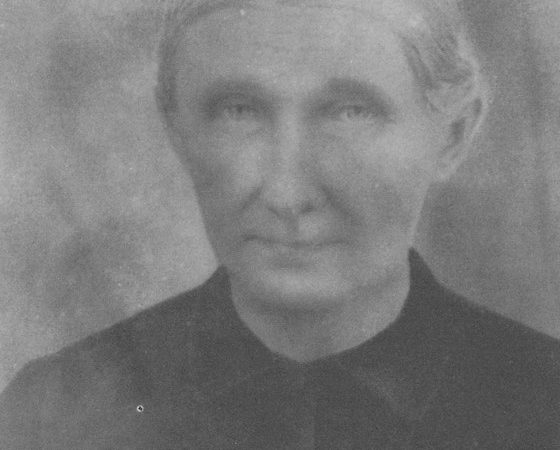 History of Midwifery in North Carolina

No doubt midwifery was practiced in North Carolina from the time of the earliest European settlers. However, it was not until 1917 that state legislators passed the first law regulating the practice.

The law read, “All persons, other than regularly registered physicians, practicing midwifery in this state shall register, without fee, their names and addresses with the secretary of the North Carolina State Board of Health, as required by the provisions of article 14, entitled Inflammation of Eyes of Newborn, of the chapter Public Health.”

In order to help prevent infant blindness the law specified that, “It shall be unlawful for any midwife or other person who practices midwifery for fees to touch or otherwise handle the private parts of the person of any patient whom such person is in attendance unless the person in attendance shall first and immediately previous thereto thoroughly wash and disinfect his or her hands.”

Failure to register with the state subjected midwives to a misdemeanor fine of from ten to fifty dollars. In addition, the law made it “unlawful for any person who habitually gets drunk, or who is addicted to the excessive use of cocaine or morphine or other opium derivative, to practice midwifery for a fee.”

According to the 1917 statute the midwife could no longer attend the infant except that “she may act under a physician’s instructions.”

Between 1924 and 1926 more than 5,000 midwives delivered close to a third of the babies in North Carolina. In 1926 government oversight increased when North Carolina adopted “Model County Midwife Regulations.” Under this ordinance a local health director oversaw the practice of midwifery. The midwife was required to have a physical examination, and to receive instructions and demonstrations from doctors and nurses regarding childbirth. Permits were required.

It has been estimated that, in spite of restrictions, approximately 9,000 midwives were registered by the 1930s.

In the 1930s, on the heels of additional regulations and the establishment of nurses in rural areas, the number of practicing North Carolina midwives declined to about 3,000, only about 2,000 of whom were legally registered. By 1950 there were only about 1,000 practicing midwives in the state.

During the 1950s uniform state standards were enacted and a manual for midwives was approved.

By 1959 the number of midwives in North Carolina had declined to fewer than 350. The last permit granted to a midwife was in 1964.

In 1973 the role of Registered Nurses was expanded to allow qualified nurses to prescribe certain medications, and to attend mothers at childbirth.

Because of renewed interest in home births and the participation of midwives, the North Carolina legislature passed the 1983 Act to Regulate the Practice of Midwifery. This allowed for nurse-midwifery and required midwives to be Certified Nurse Midwives (CNMs). They must practice under the direction of a medical doctor, who is a “stand by” in case of emergencies. Only Certified Nurse Midwives are allowed to practice. North Carolina, unlike many other states, has outlawed independent or unregistered midwifery.

Today fewer than 200 Certified Nurse Midwives practice in North Carolina. No one knows how many unregulated “lay midwives” attend home births in the state.

Ocracoke has had at least seven practicing midwives, from the mid-1800s through the mid-twentieth century. 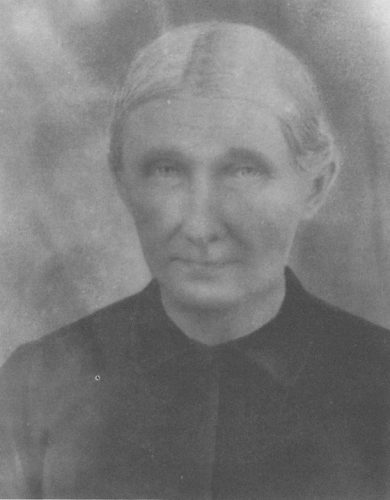 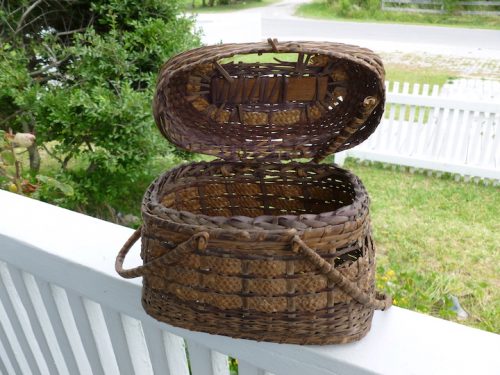 Hettie Tom’s small basket, in which she carried all of her supplies, was donated to the Ocracoke Preservation Society in 2012 by Martha O’Neal and Agnes Garrish, daughters of Elsie Ballance Garrish (1915-2003), island nurse.

Following is an account of Aunt Hettie Tom’s life in a letter written by her great—grandson, Robert Stanley Wahab, in 1964:

In response to your notes in the State Magazine relative to the obstetrical diary of “Hettie Tom O’Neal”, I hereby offer the following:

Hettie Tom O’Neal was born Esther Gaskins Williams, May 24, 1822, on Ocracoke Island, the eleventh child [actually she was the fourteenth child; three died in infancy] of William Williams and Mary [Gaskins] Williams; died on Ocracoke Island February 23, 1899. She was my great grandmother. I am now 76 years of age, the oldest of her living great grandchildren.

The obstetrical diary she kept was left to my mother. It contained a record of the number of deliveries she made, 447 during her career as a midwife. Names were not listed. My mother, now deceased, loaned this diary to a tourist who never returned it.

I have before me an old scrap book started and kept by William Williams my great great grandfather in his own goose quill beautiful handwriting, first listing the name and birth dates of his twelve [surviving] children including  my great grandmother “Hettie Tom O’Neal”. This family record has been handed down and kept to this date and is presently in my possession.

“Hettie Tom O’Neal” (Aunt Het as she was called in her later years) was a very versatile person. Outstanding is the fact that in 447 deliveries she lost only two of her mother patients. She, as a nurse, served in a government hospital at Portsmouth, N.C. during the Civil War under the direction of Dr. Dudley, resident physician . Not only did she serve as a midwife on Ocracoke and Portsmouth, there being no resident doctor at either place at that time, but she attended the sick and administered such medicine in the form of home remedies as were available.

Her husband, Tom O’Neal, a pilot, was drowned in 1849 when his pilot boat capsized in the breakers on Ocracoke Bar. “Hettie Tom” then 27 years of age assumed the duties of supporting her family by weaving cloth for homemade clothes, weaving carpets, carding wool and spinning, etc. She lived with her daughter (my grandmother). I remember distinctly when I spent many nights with my two grandmothers and was intrigued in observing the operations of the looms, spinning wheels and the carding of wool. Incidently [sic], my first suit of coat and pants was homemade from cloth woven by my great grandmother. These two grandmothers took time out to teach me my A B Cs.

“I think what a good woman should be; she was that.” 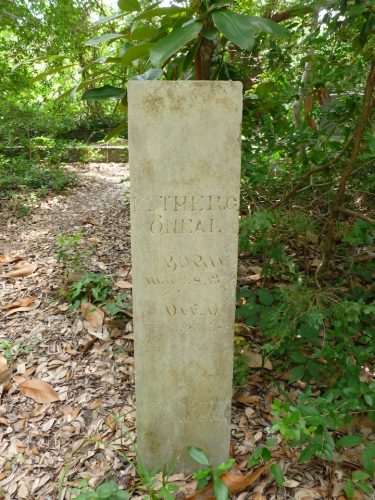 Aunt Hettie Tom’s deceased husband had two second cousins who assisted Esther in her later years. Mary Jane O’Neal Garrish (1847-1920) served as midwife for a number of years until her death. Her sister, Charlotte Ann O’Neal (1851-1947 who was married to her second cousin Howard F. O’Neal…oh, how complicated Ocracoke genealogy can be!) had been training with Mary Jane. She assumed the duties of island midwife sometime after 1888 when her last child, a fraternal twin, died. Islanders called her “Aunt Lot.” Aunt Lot delivered more than 100 island babies. According to her daughter, Miss Sara Ellen Gaskill, her mother “never lost a case.”

Aunt Hettie Tom died before the first statute regulating midwives was enacted. No one alive remembers if Aunt Hettie Bates, Mary Jane Garrish, or Aunt Lot ever registered with the state or obtained required permits, but it is doubtful. Before the middle of the twentieth century the county and state maintained little oversight of island activities, and doctors were seldom in residence. Islanders relied on home remedies to cure most illnesses. In addition, midwives often served as general caregivers.

When Aunt Lot died Aunt Hettie Tom’s granddaughter, Lola Wahab Williams (1894-1981) acted as island midwife. Miss Lola took a correspondence course from the Chicago School of Nursing, and may have registered with the state, but mostly learned from experience. She delivered about one hundred babies in the early twentieth century.

Kathleen Bragg (1899-1975) spent three years training as a nurse in Rocky Mount, North Carolina. She returned to Ocracoke after her father had a heart attack, and became the island’s first resident nurse. In 1953 she obtained the position of Ocracoke School nurse. In addition to her school duties, and caring for the sick and injured in the village, Kathleen delivered more than one hundred babies.

Elsie Ballance Garrish (1915-2003) carried on the tradition, although she never “hung up a shingle.” Elsie left Ocracoke in 1935 to take nurse’s training at Rex Hospital in Raleigh. She worked in several hospitals on the mainland, then returned to Ocracoke in 1963. Elsie assisted Kathleen when needed, and was with Kathleen when she died. Although she never trained as a midwife, Elsie had helped Aunt Lot when she was young, and after returning to the island delivered about four dozen babies. She also offered her nursing services during emergencies and at other times when needed.

In 1982 the National Health Service Corps sent Dr. Warren Silverman to the island to serve in the newly created Ocracoke Health Center. Few babies have been born on the island since then. Expectant mothers almost always choose to leave the island days or weeks before delivery. Although many seek the help of certified nurse midwives on the mainland, they recognize the advantage of being near a hospital in case of an emergency.

For more information about midwifery in North Carolina click on the two links below:

For more information about midwifery and caring for the sick and injured on Ocracoke Island see Alton Ballance’s book, Ocracokers, chapter 7, “Taking Care of Our Own.”