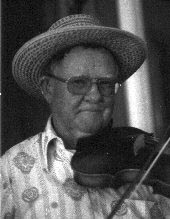 Many of our readers will remember my father, Lawton Wesley Howard, Sr. (1911-2002). He was quite the character, and I have written about him in several other newsletters. You can read those articles here and here.

Recently I was looking through my bookshelves and noticed a journal book that I had bought for my dad several years before he died. I had been encouraging him to write down his story, and thought a blank book would get him going. As it turned out he only wrote about eight pages, but they are rich in Ocracoke Island lore.

I have transcribed his story, and reproduce the first four pages below (you can read the second half of his story here).My father attended school for only five or six years. Most of what he learned (and that was quite a lot) came through experience. He never was much for reading or book learning.  I have copied what he wrote almost exactly as he put it down on paper, with his quirky spelling, odd capitalizations, and unconventional grammar. He didn’t seem to have much use for periods. I did divide his thoughts into paragraphs for easier reading. He begins, just by listing the names of his father and his mother.

My Father & Mother had 13 or 14 children I was the tenth I was born 10:am the 10th day 10th month – 1911 I will give my Brothers & sisters name’s later on. My Father & Mother were living at Frisco N.C. when I was born Dad was in the Life saving Station. When I was 3 months old my Dad took a razor and shaved All my hair off because hed [he] did not want his Brother know that I had red hair. His Brother had three Red hears in his family I was the only one in his family at the time. This when we moved back at Ocracoke.

During the frist world war I was about 7 yrs old I was out in the yard playing. I heard a noise above me I look up it was an airplane flying over me. I ran and hide under the under the House I was so afraid. But I got over it after the plane left and went in the house and played.

My father & Mother were very stern about some thing’s We all had to answer with a no sir or yes sir and a no mam & yes mam if we or I did not my Dad & Mom that way I would get a pop on the cheek or maybe more. I do give them a lot of respect for it. I stole some sour green Apple’s from sue Howard she was Preal [Pearl] Angle Mother

I was suppose to be home before dark and I wasn’t home my father was calling for me I did not come home as soon as I was suppose to so I got a good licking but I had all my pockets full and in my shirt around my waist was I glad that no apple fell out of my pockets if they had I would of got half beat to death.

So I went to bed up stairs and that night I ate every apple I had with me It’s a wonder I didn’t Die.

I would get up 5:00 am And go out chase wild Horse’s and then come home then go out and get some Black Berries or Dew Berries If not I may go soft crabbing up some of the creek’s May catch a doz or more and have a real good dinner for the day

We would make our own kites We when I say I mean my pal Tom Jackson or Ansley who ever ect and have a kite fight We would tie a knife or a piese of glass or top of can and tie them on the end of the tail and swing the kite over from one side to the other side to try to cut the other fellow line. Then we would have a horse dirt battle take the horse dirt and throw it at one of the other until had enouch.

Some days we make our sef a boat like the [kind] in the creek or lake take some line and tie on the boat and pull it behind us Put a qt can full of holes an some crab meat in the can down in about 1 ½ foot of water in the creek and then back up and wait for some small fish to go in the can. Then walk easy up to the coan and put our hand over the opening in the can. Take the fish out of the can and put the fish in our boat to be like the older men fishing our nets. 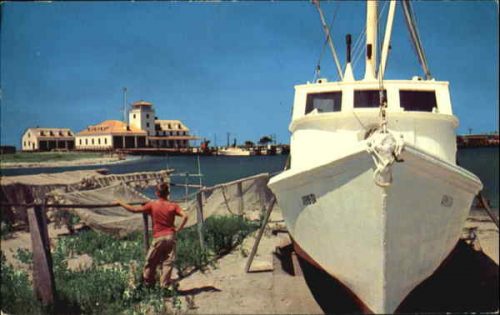 I remember one time at school a fellow Charlie D. Balance and myself had some trouble at school between ourself’s I told him that I would get him. I came home from school and was standing on the front porch I saw him going home I crept down low and caught up to him when he saw me he hit me with his Lunch box. I got hold off his Lunch box and beat it all to piece over him.

Then another time I beat the Preacher son up just before Church. He was giving my pal Tom Jackson a hard time So I told him to lay of Tom. And then he gave me some lip I punch him in the mouth and busted his lip open. He was taller than I. then again I caught three Riding my horse I lick 2 off them the other got way they were my age also.

Popp stopped by with his horse and cart and picked Mom & my Sister Thelma Brother Homer & myself and took us with him. He took his fiddle and he would play the fiddle we get out run along with him. Wee saw a Sailing vessel sailing north for a while and then turn around and sail south for while the sailing boat done this a few time my father said that the sailing vessel was waiting for night to set in so he could run the boat ashore sure enough that night around 10 pm it was a shore. The name off the vessel was Victory S.

The 1925 Wreck of the Four Masted Schooner, Victoria S:

You can read the second half of Lawton’s story here.