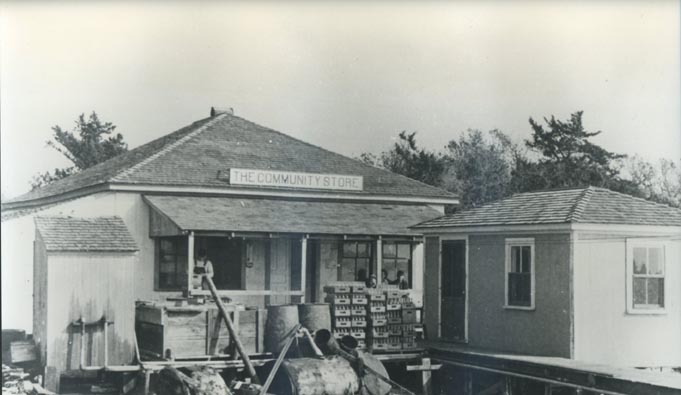 In the 1970s Ronnie Midgett and his wife Diane moved to Ocracoke. Ronnie had been called as pastor of the Assembly of God church. Although Ronnie was from coastal North Carolina, neither he nor Diane had spent much time on Ocracoke Island. They had a lot to learn — people, customs, traditions, distinctive vocabulary, and island place names. All of this could be confusing to any newcomer.

Names of places and areas on Ocracoke continue to befuddle visitors and new residents.

In the village there are two major areas, Around Creek (on the north side of Cockle Creek [since about 1940 frequently referred to as Silver Lake Harbor], including where the Community Store, Howard Street, and the school are located), and Down Point (on the south side of Cockle Creek, including Albert Styron’s Store, the Assembly of God church, and the lighthouse). There is also Up Trent (a vaguely defined area beyond the end of British Cemetery Road, toward the Oyster Creek development, and north of the Community Cemetery). 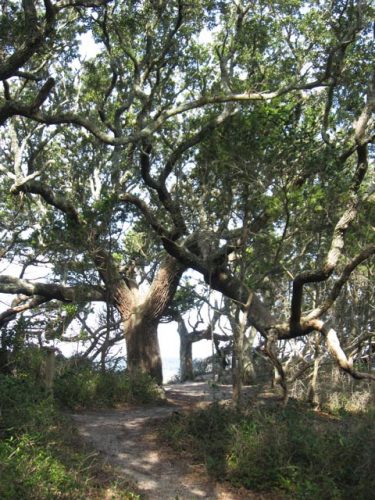 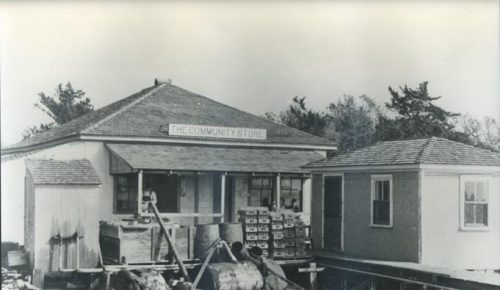 Beyond the village are creeks, hills, knolls, and woods each with its own distinctive name. They include Loop Shack Hill, Scrag Cedars, The Plains, Outer Green Island, The Wells, Quawk’s Point, Cedar Hammock, Old Hammock, and Billy Goat Hill, to name but a few. 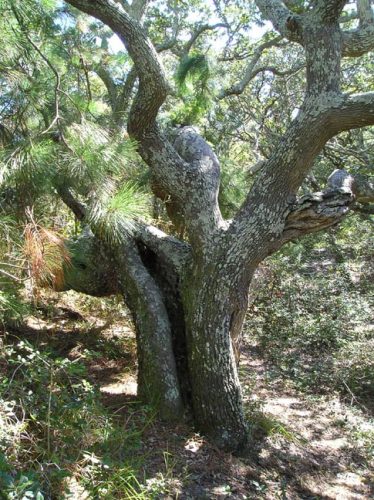 Nearby, in Pamlico Sound, you can visit Hog Shoal and Howard’s Reef, as well as Stone Rock, Legged Lump, Wallace’s Channel, and closer by, the Ditch.

Ocracokers refer to the entire area of the island north of the village with one general term, “Down Below.” If you are traveling to the lifeguard beach, the NPS campground, the Pony Pen, or nearly anywhere else in the park you are going down below. But curiously, if you are traveling beyond Hatteras Inlet you are going “up the beach” (but definitly not “up beach” [a particulary egegious error] as any native islander will quickly point out to new residents!).

After moving to the island, Ronnie and Diane Midgett immediately immersed themselves in the community. Before two weeks had passed Ronnie could often be seen about the village, visiting parishoners, chatting with folks at the Community Store, and frequenting the fish house. One day around noon Diane was expecting Ronnie home for lunch. When he didn’t appear she called Tradewinds Tackle Shop, where Ronnie often stopped to talk with Wayne Teeter. Louise O’Neal answered the phone. When Diane asked if she’d seen Ronnie Louise said Wayne had mentioned that Ronnie could probably be found down below. Not understanding the local reference Diane immediately worried that the islanders had already, at least figuratively, assigned Ronnie to perdition!

If you are interested in learning more about Ocracoke Island place names be sure to get Len Skinner & Debbie Well’s “Complete, Illustrated Map of Ocracoke Island.” They have researched the geography of the island thoroughly and have included many of the traditional place names, as well as contemporary landmarks, roads, and buildings. Click on the photo below for more information.

I recently discovered two articles written by C. A. Weslager who visited Ocracoke in 1949 (see our October, 2009 Newsletter for his observations about that visit). He was also fascinated with the many place names he encountered. You can read his article, with lists of many of the names by clicking on the link below.

Weslager completes his survey of Ocracoke Island place names by commenting that “It would be highly interesting to compile a list of the Ocracoke place names twenty to fifty years hence for comparison with those of today.”  In fact, most of the names Weslager cites are still in use today. However, some of the features have eroded or completely disappeared due to wind and tide. For example, some creeks have simply dried up. Other features have changed dramatically because of human activity.

Today many residents identify places “down below” by referencing recent, man made features; for example, Lifeguard Beach, the Campground, Pony Pen, etc., as well as NPS ramps and mile markers. Nevertheless, local names for many geographical areas persist, especially among native born O’cockers.