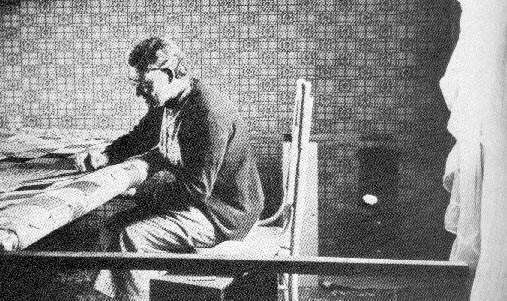 The first annual “Ocracoke Festival of Story and Song,” held on Saturday, June 10, was a big success!  Many outstanding musicians were featured including Ocracoke’s own performers, Martin Garrish and Jon Wynn,  Bill and Libby Hicks,  Roy Parsons and  Molasses Creek.  Many of their songs are recorded on the popular Ocrafolk album.

Ocracoke friends, Noah Paley and Bob Zentz were also on hand along with a number of other wonderful musicians from off-island.

Festival-goers were also treated to the delightful stories of master story-teller Donald Davis.

I was even featured for a few minutes when I shared reminiscences of the very first ferry ride across Hatteras Inlet in 1950, as well as a humorous story of my Uncle Homer and a visitor to the island 45 years ago.  Look for this story in a future newsletter.

Music and stories are both long-time and venerable traditions on Ocracoke.  It is reassuring to see them honored and perpetuated.

Two other long-time Ocracoke traditions are quilting and sewing.  As in many rural communities, island women were known for their beautiful and functional needlecraft.  In addition to intricate and colorful quilts, they created much of the clothing for the family as well as dolls and other toys, including balls.

My father remembers playing a game called “cat” that was much like our modern-day baseball although island children had never seen a real bat and runners were “out” if they were struck by a thrown ball.  His mother would wrap wool yarn into a ball and cover it with leather cut from an old pair of shoes.  Store-bought balls were unheard of.

Grandmamma would sew these balls for her children to play cat or “Annie Over the House,” another childhood game where one child would throw the ball over the house and another child on the other side would catch it and then run around the house to tag his or her playmate.  I can even remember playing this game myself as a young boy on the island.

Aunt Tressie, whom I remember well from my childhood,  was also an accomplished seamstress.  She lived only a hundred feet from where I now sit and the Village Craftsmen is situated where her garden once grew.  I can remember her tending her tomatoes and other vegetables wearing a home-made bonnet to protect her from the hot summer sun.  She enjoyed sewing so much she even made bonnets for sale.

Jude was kind enough to model one of Aunt Tressie’s slat bonnets, although she was a little self-conscious about it.

Quilts, of course, were a necessity and over the years island women would gather in parlors to create masterpieces. 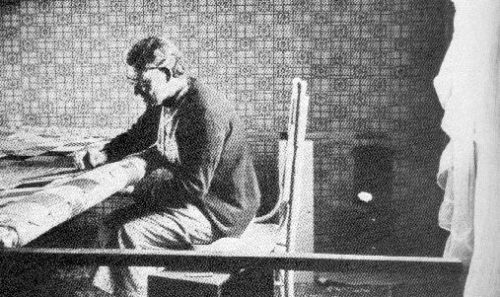 Although island ladies were very creative and produced any number of colorful traditional designs, Ocracoke quilts are best known for the distinctive “cracker” pattern.

One of the two inside stripes is always red, either solid or a print.  The corner triangles are always the same fabric, often pale pink, blue or yellow.  Adjacent squares are turned at an angle to lend excitement to the overall quilt pattern.

For many years it was thought that this was an original Ocracoke pattern, but it was discovered to be from colonial times.  During the documentation of quilts in North Carolina in the 1970’s the cracker pattern was found only on Ocracoke Island. It was popular with the ladies here during the thirties and forties.  There are a number of cracker quilts in family collections on the island.

A starter kit for the cracker quilt is available at the Ocracoke Preservation Society Museum for $2.50.

In 1978, soon after moving to Ocracoke, Therese Rittue Brown, otherwise known as “Butsie,”  got together with Myrtle Dolittle and Selma Spencer to start a local quilting club.  Quilting, of course,  had always been a popular activity for island women and these ladies helped perpetuate the craft.

Butsie Brown with one of her quilts

It was only natural that Butsie would be involved.  She had been sewing and quilting for years and in 1975 she had captured the grand prize for quilting at the Montgomery County (Maryland) Fair. Her creations are now gracing homes as far away as Alaska, Switzerland and Germany.  Anyone who has ever seen one of Butsie’s quilts is impressed with her sense of color and design, her tiny stitches and her attention to detail.

Myrtle moved off-island and Selma died several years ago, but their friends and neighbors continue to produce beautiful quilts.

Butsie worked for several years at the Village Craftsmen and made smaller quilted wall hangings for sale in the shop after she “retired.”  Although she no longer sells her work, Butsie continues to sew for family and friends.

One of Butsie’s smaller quilts

Be sure to stop by the OPS museum to see examples of island quilts.  Purchase a raffle ticket or two and you may find yourself the proud owner of an original hand-made Ocracoke quilt.

Until next time, all of the staff at Village Craftsmen send you our wishes for a wonderful summer and we hope to see you soon on the island.