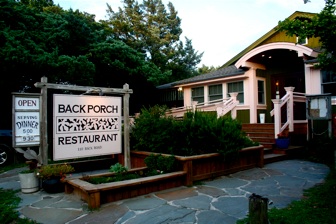 Most people familiar with Ocracoke are aware that European settlers in the early colonial period came mostly from the British Isles (England, Ireland, Scotland, and Wales). Historical island surnames reflect this connection: Howard, Williams, O’Neal, Jackson, Scarborough, and a half dozen others.

Interestingly, one early 19th century resident of Ocracoke, Augustus Cabarrus, had roots in France. His name surfaces periodically in local historical research, but further information is not readily forthcoming, and no one on Ocracoke claims to be a descendant. I had often wondered who Augustus Cabarrus was, how he came to call Ocracoke home, and what became of him.

The Cabarrus name was prominent in North Carolina during the late 18th century. In fact, one of North Carolina’s one hundred counties and a street in downtown Raleigh are named in honor of Stephen Cabarrus, a Frenchman born in Bayonne in 1754. He was part of a family of wealthy merchants and ship owners. In 1776, in the midst of the American Revolution, Cabarrus left France, and moved to Edenton, North Carolina. There he married Mrs. Jeanne Henriette Damery Bodley (1754–1799), widow of Joshua Bodley, last agent for John Cartaret, Lord Granville, one of the original eight Lord’s Proprietors of Carolina. Cabarrus soon acquired almost 2,000 acres of land and 60 slaves. 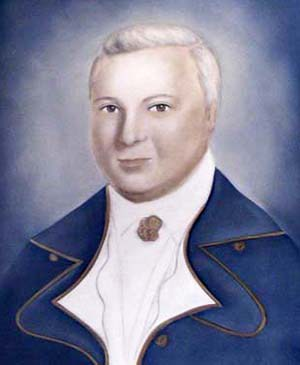 Stephen Cabarrus was a civic servant who served honorably for more than twenty years as a member of the North Carolina legislature. For many years he was speaker of the House of Commons. At his death in 1808, the Edenton Gazette praised Cabarrus’ “humane and charitable disposition, his amiable manners and improved understanding.”

Sometime in the latter half of the 18th century three of Stephen Cabarrus’ brothers, Dominique, Auguste, and Thomas, followed him to North Carolina. At the death of Dominique, Dominique’s two teenage sons, Thomas and Augustus, moved into the home of their uncle, Stephen Cabarrus. Augustus was born in 1792. He seems to have moved to Ocracoke to work as an inlet pilot immediately after his uncle died in 1808. He was only twenty-five years old when he died in 1817.

In May, 1820, William Howard of Ocracoke (a grandson of William Howard, Sr., one-time owner of Ocracoke Island), purchased a “dwelling house,” along with a storehouse, on what is now Springer’s Point¸ from Mary Cabarrus who had acquired the buildings after the death of her uncle, Augustus Cabarrus.

Little more is known about Thomas Cabarrus or Augustus Cabarrus. (1)

In 1965, a century and a half after Augustus Cabarrus helped guide sailing vessels through Ocracoke Inlet, Tristan and Sabine d’Oelsnitz, recent émigrés from France living in Port Washington, New York, packed their six children into a Volkswagen van, and set out for a summer vacation in the Florida Keys. They decided to drive through the Outer Banks on their way, and stopped to camp in the old Ocracoke soundside campground near the Visitors Center. 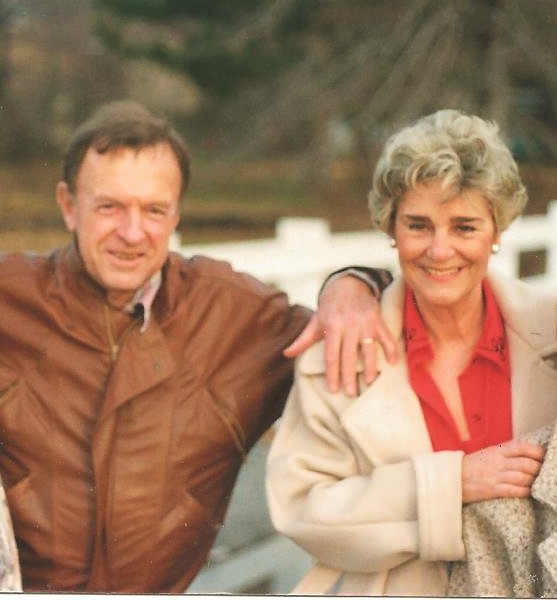 Tristan, a Paris native and journalist with Agence France-Presse, an international news agency headquartered in Paris, and Sabine, a Swiss national who grew up in Paris, fell in love with Ocracoke Island and its people. Two years later they purchased a small cottage on First Avenue. From that time on, the family spent every summer on the island.

Eventually Tristan secured a position with the French embassy, and the family moved back to France in 1976. It was a thrilling time for the children. 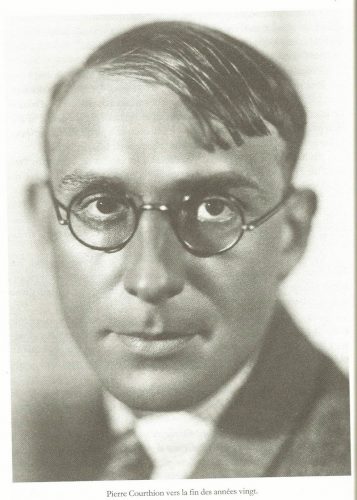 He was also a former director of the Cité Internationale Universitaire de Paris, a meeting place established after WWI for students, researchers, and intellectuals from around the world. They gathered in a spirit of peace, unity and cooperation. As a child, Sabine was introduced to such notables as Pablo Picasso, Gertrude Stein, and Ernest Hemingway. It was a time considered by many to be the Golden Age of Art and Literature in Europe. 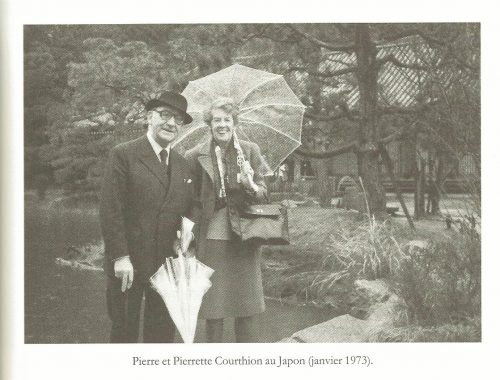 During WWII M. et Mme. Courthion, as many intellectuals, were actively involved with the French Resistance which fought against the Nazi occupation of France. In 1945 Pierrette Courthion was recognized for her  valuable service to France and their allies with a letter from The British Passport Control Office. 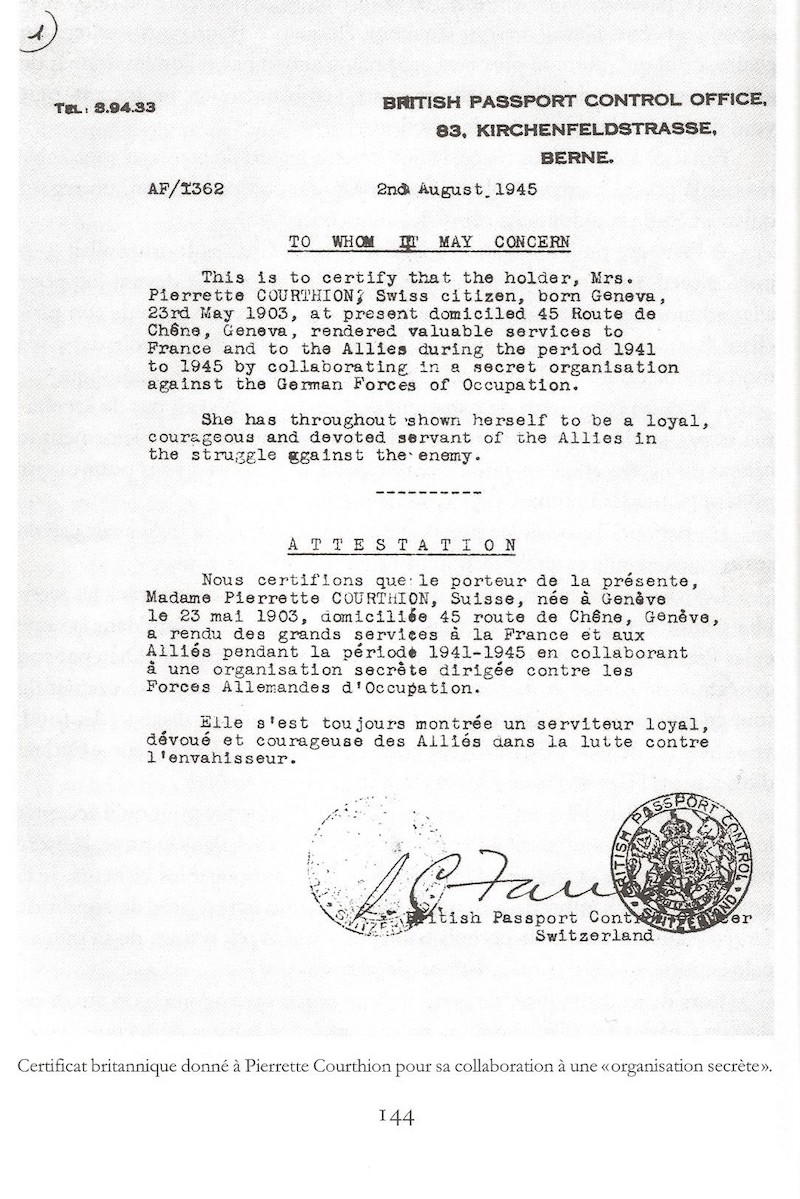 M. et Mme. Courthion’s grandchildren listened to the stories, and reaped the benefit of their colorful lives.(2)

In 1979 Tristan and Sabine divorced, but their connection to Ocracoke and their children remained constant. In 1989 Sabine moved back to New York, and made frequent visits to Ocracoke. Some years later Tristan purchased a cottage on the island.

Several members of the d’Oelsnitz family, including Tristan and Sabine’s daughters, Daphne Bennink and Valerie Huppert, have made Ocracoke their permanent home. Daphne and her husband Howard, are the proprietors of one of Ocracoke’s premier eateries, the Back Porch Restaurant and Wine Bar (http://www.backporchocracoke.com). The Back Porch is noted for its fine cuisine and relaxed, but fashionable, ambience. In keeping with Daphne’s roots, the menu includes a quotation by the 16th century French writer and philosopher, Michel de Montaigne: “The art of dining well is no slight art, the pleasure no slight pleasure.”

1. In February, 2016, I discovered more information about Augustus Cabarrus in a 1910 volume of North Carolina Reports: Cases Argued and Determined in the Supreme Court of North Carolina, Volume 8.  In 1821 the case of “Trotter vs. Howard,” an “action of trover” (common-law action to recover the value of personal property that has been wrongfully disposed of by another person) was argued before the Supreme Court of North Carolina. It involved a dispute between the plaintiff (Trotter [no further identification was provided]) and the defendant (Howard [probably the William Howard, mentioned above]).

It seems that Trotter had acquired a young female Negro slave from Thomas A. Cabarrus in Washington, North Carolina on 1 June, 1818. However the “property” (a discussion of the odiousness and callousness of the institution of slavery will not be addressed in this article) was at Ocracoke in the possession of the widow of Thomas Cabarrus’ brother, Augustus Cabarrus.

In the spring of 1817, according to the suit, Mrs. Thomas Cabarrus had sailed to Ocracoke with the girl in question. In the fall Mrs. Cabarrus died at her brother-in-law’s house at Ocracoke. Soon after, Augustus Cabarrus also died, and the girl remained with Augustus’ widow on Ocracoke.

In early 1819 Trotter “authorized an agent living at Ocracoke to take possession of the slave and send her home.” However, at the time Thomas Cabarrus was “much indebted” to Howard, and on 15 July, 1819 Howard “claimed the girl under a sheriff’s sale.” In 1821, when the jury in Trotter vs. Howard found a verdict for the defendant, William Howard had already acquired Augustus Cabarrus’ house from Mary Cabarrus.

2. For more information, see this biography of Pierre Courthion: http://archives.getty.edu:30008/getty_images/digitalresources/spcoll/gri_890007_courthion_biography.pdf.