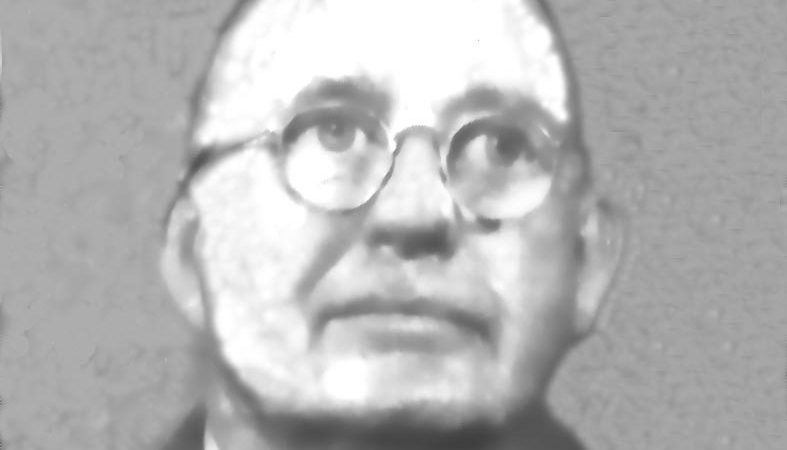 We are just ending a family vacation on this little island off the coast of North Carolina. We have been coming here for 35 years now, and though so much has changed, the simple beauty of the place remains.

Ocracoke is one of the Outer Banks’ barrier islands jutting out into the Atlantic Ocean. By any measure, it is tiny: a mere 16 miles long and, for the most part, less than a few hundred yards wide – though at its southern end, the island stretches out to a width of a mile and a half.

What makes this island so special is the fact that no buildings are allowed on its entire coastline, meaning miles of empty beaches, and its remoteness – it is only accessible by ferry or boat. The population is small: year round residents number only 800 souls living mainly around a small lagoon on the island’s sound side. During the peak vacation season the population swells to 5,000 visitors.

It was precisely Ocracoke’s remoteness and its simplicity that brought us here 35 years ago. That, and stories about the Wahabs who lived there.

My son Joseph’s teacher first piqued our interest with tales about his many visits to the island: the beaches, the birds, the boating etc. Reading a bit more, we learned about: Ocracoke’s early colorful history as refuge for the notorious Blackbeard the Pirate; its nickname “graveyard of the Atlantic”, earned for the more than 100 shipwrecks off its coast; and the descendants of the island’s first settlers (some remnants of pirates and shipwrecks) – families named O’Neal, Scarborough, Howard, Garrish, Ballance and Wahab!

Obviously, it was that latter who caught my attention and so that summer my wife and I took our little family on their first journey to Ocracoke to, among other things, find the Wahabs. Heeding the advice of those who had been there before, we prepared ourselves for the long drive, the need to buy fresh vegetables on the mainland (back then, none were available on the Outer Banks), and to bring what was needed for rustic living.

The beaches were, as promised, pristine, expansive and deserted. The wildlife (both coastal and marshlands) was diverse and plentiful. And the island’s residents were hospitable, delightful and eager to tell their stories.

One of my first stops was a visit to the Wahab family cemetery. There were many tombstones, some going back 200 years, marking the passing of the likes of Elizabeth Wahab, Job Wahab, James Wahab etc. I was determined to meet their living relatives. 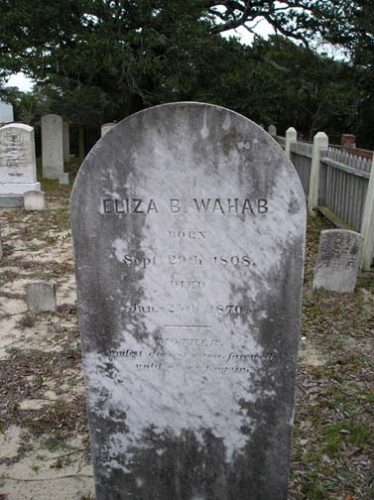 The owners of the most beautiful house on Ocracoke were Stanley and Myra Wahab – the last of the family on the island.  Stanley, I learned, was on the mainland, but Myra – the island’s grande dame – agreed to meet with me. 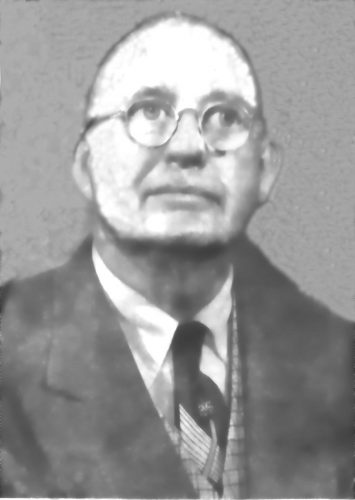 She was, as I had been warned, a formidable presence. Imperious in her bearing and yet gracious in her manner, she welcomed me into her home for tea and conversation. For over an hour she regaled me with island lore and the many accomplishments of her husband. And then to the family history. According to her, the earliest Wahab was an itinerant merchant shipwrecked on the island, she believed, in the latter part of the 17th century. The family, she said, had always understood their ancestor to be an Arab, making him the earliest Arab immigrant to these shores.

She became quite animated when she told me that a few years earlier some researchers from Duke University had come to interview her. They claimed the family was probably “originally Scottish and named  ‘ Wachob ‘ or something like that”. She scoffed at this, telling me that she had dismissed them replying ” We are Ay-rabs and proud of it. And you can’t take that from us”. Formidable and feisty, imperious and a presence – and well worth the visit. 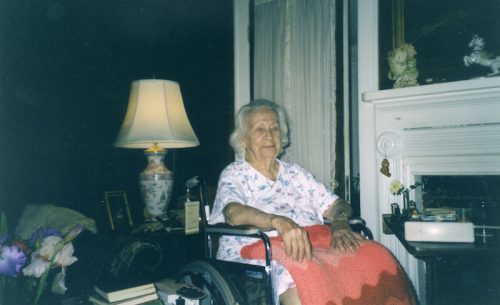 Stanley died in 1988. Myra lived to 99, passing away in 2002. One nephew, Larry Williams, who also proudly claimed Arab ancestry (he was featured in a special issue of ARAMCO World Magazine highlighting Arab Americans from each of the 50 states), inherited the Wahab properties (we stayed in his guest house and visited with him before he died in 2008).  But he too is gone, leaving Ocracoke, for the first time in maybe a few hundred years, without a Wahab. 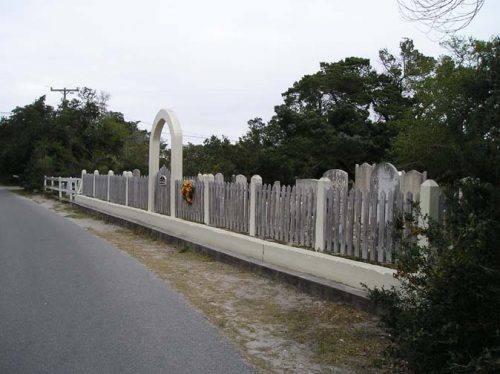 The end of one family is cause for some sadness. The island has changed, in other ways, as well. There are fresh vegetables for sale, meat is served in stores and restaurants, rental properties are air-conditioned, some mobile telephones work, and cable TV and wifi are now available everywhere. The beaches are still pristine (this remains one of the few places on the Atlantic coast where you can walk for miles in the surf never seeing another person) and the wildlife is still plentiful. But the Wahabs who I came here to find 35 years ago are now gone and all that remains of them are the stories that others will tell and the markers in the family graveyard.