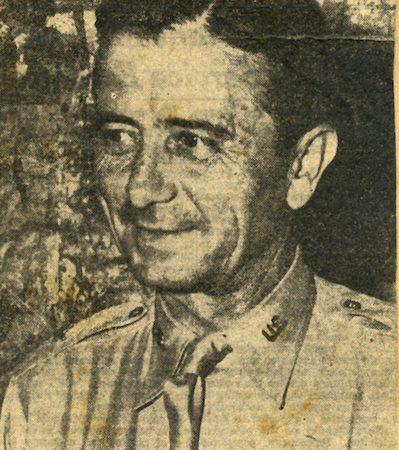 Upon a small sand hill, “Cedar Hammock” by name, on the north end of Ocracoke Island, the U.S. Life Saving Service established a new station in 1883. The village of Ocracoke, a tiny settlement of fewer than 400 people, lay 14 miles distant. Nothing but tidal flats, sea oat crowned sand dunes, several tidal creeks, a few hammocks protected by live oaks and scrag cedars, and a foot path lay between the station and the village. 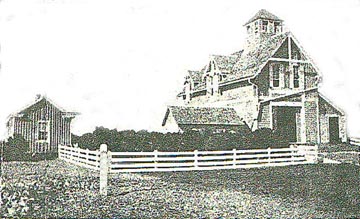 James W. Howard was commissioned first keeper of the Ocracoke Life Saving Station. Six surfmen, all native islanders like the keeper, were assigned to the station from August through May. The men soon built modest homes surrounding the station, and brought their wives and families to live nearby. The Cedar Hammock community numbered about two dozen.

During his twenty years of service at Cedar Hammock keeper Howard and his crew demonstrated extraordinary courage and bravery, battling wind and tide to rescue hundreds of sailors from schooners and other vessels that wrecked on Ocracoke’s shore. During the off season, when the station was not manned, Captain Jim and his family returned to their home in Ocracoke village, where their ancestors had lived for more than a hundred years.

In 1884, Rev. Lawrence Olin Wyche, a native of Waynesville, NC, was assigned to Ocracoke’s Methodist Episcopal Church, South. The small, wood frame church and nearby parsonage were situated on Howard Street, just a few doors away from Captain Jim and Miss Zilphia’s village home. In 1884 Rev. Wyche was 32 years old, and unmarried. 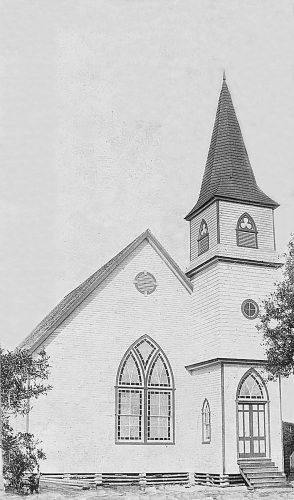 Rev. Wyche, by all accounts, was a remarkable man. Handsome, talented, educated, charismatic, and extremely personable, he was liked by all. Seventeen year old Lorena Howard immediately fell in love with her new pastor. Feelings were mutual, and the two were married in 1885.

Methodist preachers in those days seldom served one charge for more than a year or two, and Rev. Wyche was soon moved to the mainland where he ministered to congregants in “Jones Circuit,” five small churches in eastern North Carolina.

Lorena and Lawrence Wyche’s first child, Elsie, was born in 1886 on Ocracoke Island. Her brother, Ira Thomas, followed in 1887; and another sister, Martha (Mott), was born in 1893.

In 1897 Lorena Howard Wyche died suddenly, at the age of 31. She was buried in the church yard on Ocracoke. Since Rev. Wyche was still “riding the circuit” on the mainland, Captain Jim and Miss Zilphia assumed guardianship of Elsie, Ira, and Mott. During the “active season” the children accompanied their grandparents to Cedar Hammock. Their father returned to the island as often as possible.

Rev. Wyche was visiting his children in December of 1899. He had brought Christmas presents from the mainland, and was preparing to celebrate the holidays with his Ocracoke family, when the British steamship, Ariosto, ran aground on Christmas Eve. Most of the ship’s crew chose to abandon ship. Their life boats immediately capsized and they were thrown into the frigid ocean water. Twenty-one sailors drowned that terrible night. Had they all remained on board the ship all would almost certainly have been rescued. As it was, nine survived, thanks to heroic efforts by the Life Saving crew.

Rev. Wyche conducted Christian burials for the sailors whose bodies washed upon the beach. Christmas at Cedar Hammock was a somber celebration in 1899.

Tragically, just three and a half months later, Rev. Wyche died suddenly. He was buried in the Howard cemetery near his wife’s eight small brothers and sisters. Lorena’s body was soon disinterred and re-buried beside her husband.

Elsie, Ira, and Mott continued to live with their grandparents, on Howard Street during the summer, and at Cedar Hammock the rest of the year. An old horse stable near the station was converted to a schoolhouse, and a schoolmaster, “Captain Wilson,” was employed to instruct the children.

Upon graduation from high school Ira enrolled at the United States Military Academy at West Point. The Laurenburg School was so highly respected that a certificate of graduation from Quackenbush exempted Ira from taking an entrance examination. He graduated from the Academy June 13, 1911, and was commissioned a second lieutenant in the 13th Infantry.

Over the next three and a half decades Ira Wyche’s career advanced steadily. During World War I he served with the American Expeditionary Force in France. In June of 1941 he assumed command of the 79th Division. In June of 1944 the 79th Division landed on Utah Beach in Normandy. General Wyche led his troops, often in fierce combat, across Europe and into Germany. During this time General Wyche worked closely with Field Marshall Mongomery, Prime Minister Winston Churchill, and Generals Eisenhower, Bradly, and Patton. The 79th was occupying Essen when Germany surrendered. At his retirement, in 1948, Wyche held the permanent rank of Major General, privileged to wear the two star insignia.

During his service, in addition to campaign ribbons, he was awarded the Distinguished Service Medal, the Silver Star, the Bronze Star with two oak leaf clusters, the Army Commendation Ribbon, and the French Order of the Legion of Honor, grade of Officer, Croiz-de-Guerre Avec Palm. (For more detailed information about General Wyche’s career see the bulleted highlights at the end of this article.) 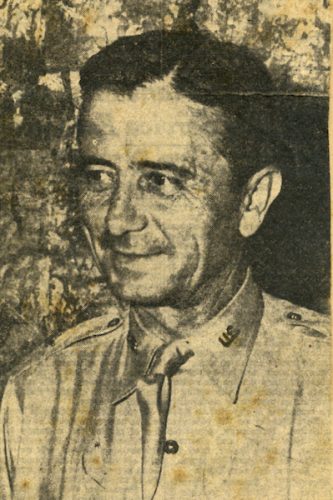 Insights into General Wyche’s character and personality can be gleaned from public records and various newspaper reports (undated and unattributed) that were collected and preserved by his elder sister Elsie. 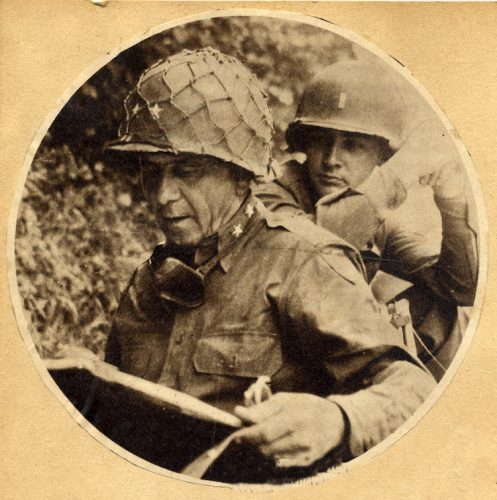 A small booklet, “The Cross of Lorraine Division: The Story of the 79th”  (one of a series of G.I Stories published by the Stars & Stripes in Paris in 1944-1945), relates this story:

“Mopping up ‘Bloody Hill’ was the division’s final chore in the La Haye sector. There, Maj. Gen. I.T. Wyche, division commander, graphically displayed the caliber of leadership the 79th has enjoyed since activation. On one of his daily visits to the front, he found a platoon pinned to the slope. There was little or no cover and an understandable degree of disorganization prevailed. Repeatedly exposing himself to enemy fire, Gen. Wyche regrouped the men and led them a distance of two hedgerows to a position where they were enabled to knock out the strongpoint. At the peak of action he struggled in front of the battle line to help evacuate a wounded infantry scout.”

Another newspaper account mentions his “black hair” and “leathery face…wrinkled with lines of kindliness” and his “small stature” which belie his “mental vigor and quick action,” all of which “impress those in his presence.”

The newspaper reports that “[e]ach day that he is in camp, the major general’s flag, with two stars, is displayed on each side of the entrance to the Seventy-Ninth Division headquarters.”

The account goes on to say that “General Wyche is a reticent man; his modesty does honor to the soldiers in his command. He would say nothing about himself; instead he recognizes his troops on every occasion.”

General Wyche was an accomplished horseman, a reflection of his early childhood on Ocracoke living with his grandfather, Captain Jim Howard, also an avid equestrian. The above quoted newspaper says that “General Wyche is fond of horses. His own mount died recently, but he rides his wife’s thoroughbred horse over the training area while observing troops.”

In spite of his “aggressive” nature, another press report says “General Wyche is one of the most popular officers in the Army, and his coming to the post [Fort Bragg] is always the signal for a round of social festivities.”

Earl O’Neal, in his book “Ocracoke Island, Its People, the U.S. Coast Guard and Navy Base During World War II,” writes that after Germany’s surrender in 1945 “General Wyche threw a farewell party for all unit commanders down to Battalion level at Neheim, Germany.”