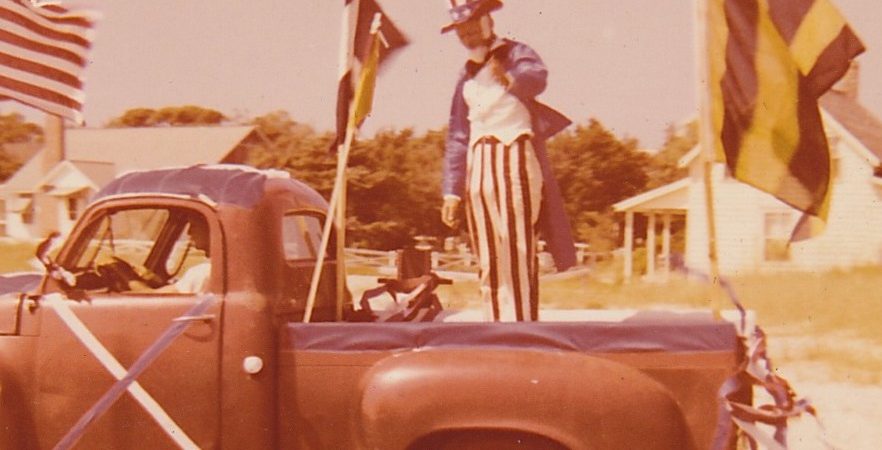 In 1953 Capt. Marvin Howard made a proposal at the Ocracoke Civic Club’s Spring Meeting. “Let’s have some fun,” he announced, and suggested adding a parade to the annual July 4th pony penning and patriotic noontime service. Thus a tradition was born.

The Ocracoke Island July 4th Parade was held annually for several years. Although it was discontinued in the late 1950s or early 1960s, the parade was reintroduced in the 1980s. It has always been a quirky, home-grown affair. Residents and visitors cobble together whatever materials are available to make creative, often idiosyncratic, floats. Following is a photo gallery from some of Ocracoke’s parades. Unfortunately, I don’t know what year most of these were taken. You can click on most photos to view a larger image.

Wilbur Gaskill and his Duck Blind: On the Back Road: