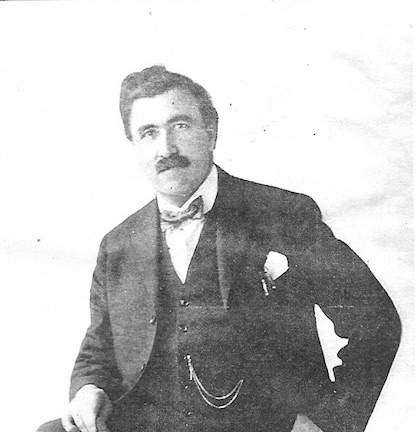 Most of them were just trying to pay their bills. Some were scam artists. Others were attempting to save souls. In the early twentieth century traveling salesmen, entertainers, photographers, confidence men, and preachers wandered the country from coast to coast. In spite of its isolation, Ocracoke Island attracted some.

A number of itinerants found their way to the small villages along the mainland coast of North Carolina. From there a few booked passage on the daily mailboat, or managed to convince local watermen to carry them across Pamlico Sound to Ocracoke.

We know of several.

One man carried a leather satchel. From the mailboat dock he walked down the village lanes peddling bed spreads, pillow cases, and assorted linens.

Another brought his camera, tripod, chemicals, and other paraphernalia. He knocked on doors offering to make family portraits for a fee. With his equipment set up in parlors throughout the village he produced many of the photographs that hang on islanders’ walls today.

One enterprising individual somehow made his way to Ocracoke with a trained bear. In the tradition of medieval and renaissance performers he played a flute while the bear danced for the entertainment of locals. After the performance the trainer passed his hat, hoping to collect enough coins for room, board, and travel.

The “old toothbrush man” came to the island periodically. He sold small black gum twigs, two for a nickel, which island women used for dipping snuff (read more about the toothbrush man here).

Several itinerant preachers found their way to Ocracoke. Around 1916 or 1917 the famous evangelist Billy Sunday, and his accomplished and talented music director, Homer Rodeheaver, held revival services at the Coast Guard station.

Another traveling preacher came to the island for a short visit a decade later.  Moses LeFaver Cummings (1876 – 1963), also known as “Blackie of the North Woods,” was a colorful character. He held an open air meeting near where Halo Hair Studio is located today, on Creek Road, and attracted a large gathering of islanders, including men, women, and children.

Blackie of the North Woods: 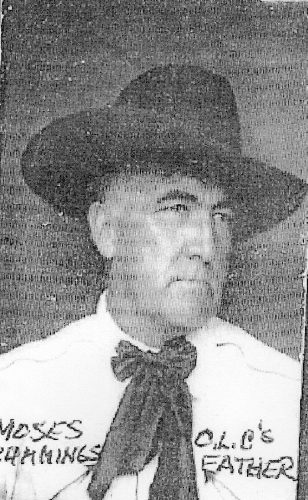 Because he sold, for 25 cents, a 33 page booklet, “Avenues Leading to Crime and Blackie of the North Woods, His Life and Conversion” we know quite a bit about Blackie. It is quite a story. 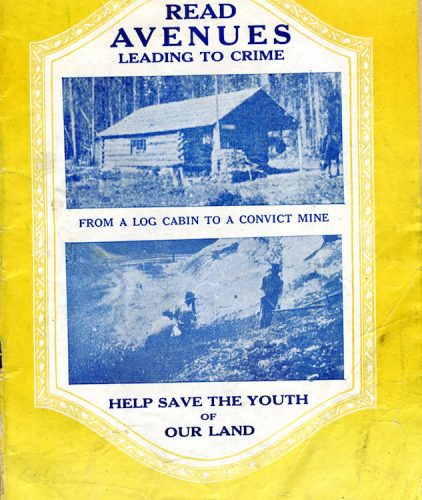 Blackie’s mother, a young school teacher with Gypsy blood, and his father, a blacksmith, married sometime after 1848 and settled in Gananoque, Canada, near the St. Lawrence River and the Thousand Islands. They soon had a baby daughter. According to Blackie, one day his father stopped by a “public house” for a “social drink” that led to “a terrible appetite inherited from his ancestors.” After some time he stopped drinking and the couple and their daughter moved “from the city and its many temptations.”

In 1876 the blacksmith and his wife were blessed with a baby boy “with jet-black hair and big brown eyes…. The lumber jacks named him Blackie.”

When Blackie was just five years old his mother died of the “White Plague” (probably tuberculosis), and eight years later his father remarried. In the winter of 1889 Blackie’s father contracted a severe case of influenza, and the thirteen year old boy went to town for a doctor. While there he stopped in a barroom, and returned to his log cabin intoxicated. His father died just days later, and his stepmother soon sold the cabin and blacksmith tools at auction. Blackie was left to fend for himself. By the time he was seventeen years old he was working in a lumber camp.

The next several years found Blackie homeless, and wandering from place to place. After joining up with a common thief he became a fugitive and escaped the law by sleeping in the woods during the day and traveling by night. It was 1895 and he had managed to make it all the way to Inverness, Florida. There he was arrested, tried, and sentenced to the convict phosphate mines where he was shackled with chains to a pickaxe.

By the time Blackie was released he had become a hardened criminal. Shortly thereafter he “shot a man, got in with a Georgia outlaw, sold moonshine, and finally got into a gunfight.” Again he became a fugitive, traveling through North Carolina and Virginia, eventually arriving in Philadelphia, and later New York. There he met a young lady, “cut out the booze,” and was married in 1901. The couple had two boys. “But alas,” Blackie writes, “one day the tempter came…which awoke again the terrible appetite for drink.” Several years later “booze and evil companions have wrecked his life and separated him from his loving wife and little boys.” He was divorced sometime after 1905.

In September of 1913, after traveling through Canada and the northwestern United States, he arrived in San Francisco, where he was contemplating suicide. On the way to San Francisco Bay he stopped to listen to testimony from a Salvation Army officer, and was “born again.” 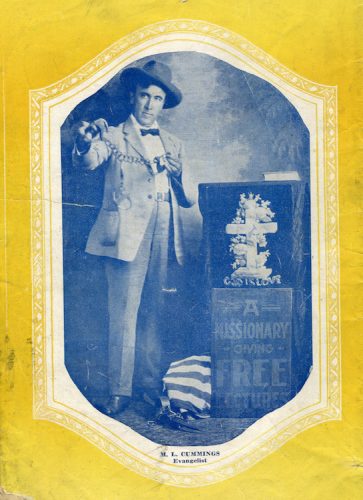 Blackie continued to travel throughout the United States and Canada, but now as a “traveling evangelist and home missionary.” 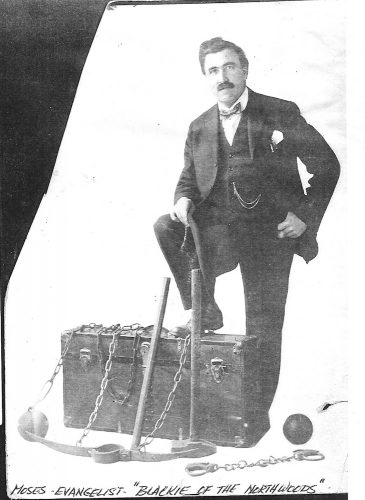 Although he moved around often, Blackie eventually settled in North Carolina. At some point he was befriended by Rev. Milton L. Johnson, pastor of th Marsh Swamp Original Free Will Baptist Church in Simms, NC, just west of Wilson. In his last years Blackie resided at the Wake County Home for the Aged and Infirm on Whitaker Mill Road in Raleigh. He is buried in the Marsh Swamp Church cemetery.

Blackie was about fifty years old when he arrived on Ocracoke Island. He had been a preacher for more than a dozen years.

Only a few Ocracokers remember the time that “Blackie of the North Woods” preached here. Although he may not have
made a significant impact on the island and its residents, he was an interesting character who, along with traveling salesmen, animal trainers, photographers, and others, contributed to the colorful history of this tiny community.